Pressure cookers have been around for quite some time, and they have proven to be a powerful ally in the kitchen for many different lifestyles.

What is a Pressure Cooker – should you buy one? 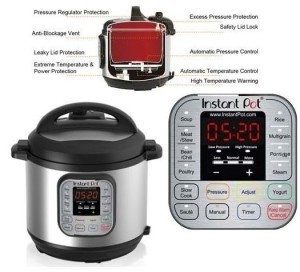 A Pressure Cooker consists of a sealed pot with a lid, along with a system that, when put on the stove (or plugged in), allows pressure to accumulate inside the chamber and cook your food.

It uses steam to cook the food faster, raising the boiling point and the pressure, forcing liquid to blend with the food effectively.

Pressure Cookers differ in the market, some having detachable timers and easy-lock systems. They are generally easy to use and make your life much easier in the kitchen.

You can either buy a stove top one, or an electronic push-button one that has a timer and doesn’t necessarily need overseeing.

Relying on pressure to do the job, the higher it gets, the faster the food is done. Most Cookers have a pressure of 15 pounds per square inch (psi), but they can differ from country to country (in Europe the standard is 13). You can cook the food much more rapidly with the steam. Pressure Cookers achieves a 121ºC, compared with the 100ºC a normal pot can do.

They work mainly on the same principle that a regular pot does, having the heat bring the food to a boiling point, and then circulating the steam in the chamber to achieve an even cooking.

Cooking that bends on your lifestyle 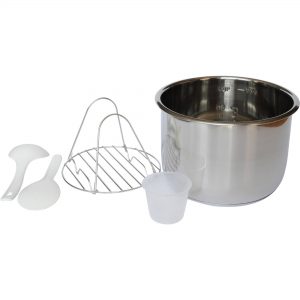 Pressure Cookers should really be called “fast cookers”, as they get a meal done in so much less time than regular methods. If you are a busy person, but still prefer a good home cooked meal, this might be the right appliance for you. Purchasing an electrical Pressure Cooker will even allow you to make that desert by the time your dinner is ready!

Unlike regular pots, a Pressure Cooker will require much less time and water in order to get the meal done, resulting in long-term savings for your electrical/gas bill! 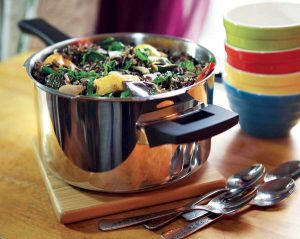 Pressure Cookers are not a new invention, our parents had them, and even our grandparents, resulting in them being categorized into 3 types. The first generation Pressure Cookers are still made today, and they rely on a weight bearing valve to regulate the pressure. They also have the disadvantage of being loud (making a hissing noise when the boiling point is reached).

The generation that came after was the one that implemented a spring valve, which can be used to set the pressure inside the cooker. They don’t release steam when used, and have a built-in indicator that tells you the pressure that the pot has reached.

The newest generation of Pressure Cookers is the electrical ones. They are completely automated, checking for the pressure that is accumulated in the pot and adjusting it. They still work on the spring loaded valve technology as the second generation. They also have a timer, and some might vent the steam while cooking.

Click here to check out the best pressure cookers available!