A convenient kitchen appliance that will not only toast your bread perfectly, but it will also give it that subtle aroma that you know you love.

What’s it made of? 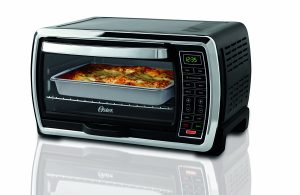 Just like a regular oven, the Toaster Oven has a front door, a wire rack and a baking rack, often removable. Unlike your old fashioned oven, this one is smaller and electrical, which makes it the perfect appliance to have in your kitchen.

Bread is placed horizontally in the Toaster Oven, unlike vertically how you would place it in a regular toaster.

What to have in mind when shopping for a Toaster Oven?

The market offers a wide variety of Toaster Ovens, and if you decided you want one, you should have some things in mind before spending money on it:

Will it prove useful for you? 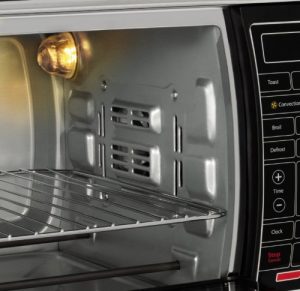 A Toaster Oven not only toasts food, it also bakes, heats up or broil. Some Toaster Ovens have a steam feature, and some use convection heating to toast the bread all around, making it a fairly fast gadget.

There are several aspects you should have in mind before purchasing one as well, like having space on your countertop, not having to use an extra electrical cord to power it up, and checking reviews for the item you want to buy. If you don’t have the above, a Toaster Oven might prove to be more of a burden in your kitchen.

There are a number of differences that need to be considered when comparing these two appliances. One of them is their size. While the toaster is compact, small, and easy to use, the Toaster Oven is a bigger appliance that needs its own space.

The other difference is when it comes to the actual cooking. While toasters can only prepare bread (or even bagels, but that’s a different story), a Toaster Oven can do much more. It can prepare food, heat it and have it ready to eat. 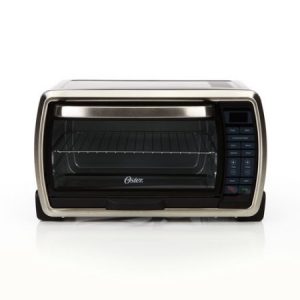 Time is another factor to take into consideration. While toasters are faster, a Toaster Oven might take some time to toast bread, and even more when it comes to baking (not compared with an oven, of course).

Price and electric consumption is another thing. A toaster will be much cheaper and will consume a lot less electricity than a Toaster Oven. However, they differ when it comes to what they can do.